After two years at the Centre for Medieval Studies (U Toronto), my SSHRC postdoctoral fellowship is coming to an end. I’ve had a great time at the Centre, made some excellent new friends and colleagues, and managed to get a considerable amount of work done. (Since autumn 2016: four articles and a book chapter published, plus an encyclopedia entry.) As it happens, I also managed to make some good headway on the project that brought me to CMS, “In nomine meo: The Texts and Contexts of Oxford, Trinity College MS 8.” My research trip to the Bodleian last June (funded in part by the Society for the Study of Medieval Languages and Literature, aka Medium Ævum) opened up considerable new avenues for this investigation.

Which brings me to some news. Starting in September, I will be one of the four Mellon postdoctoral fellows at the Pontifical Institute of Mediæval Studies. My PIMS project is titled, “Devotion to the Holy Name in the West Midlands, 1375-1425: The Material Evidence.” Working with Dr. Ann Hutchison, I’ll continue my study of the Beauchamp missal (the Trinity 8 manuscript), focusing on its links to West Midlands book production and the spread of Holy Name devotion. For instance, in one part of the project, I’ll be looking at William Beauchamp’s links to his brother-in-law, Hugh, 2nd Earl Stafford, and the Lichfield region of Staffordshire, the point of origin for several prominent devotional texts from the period. 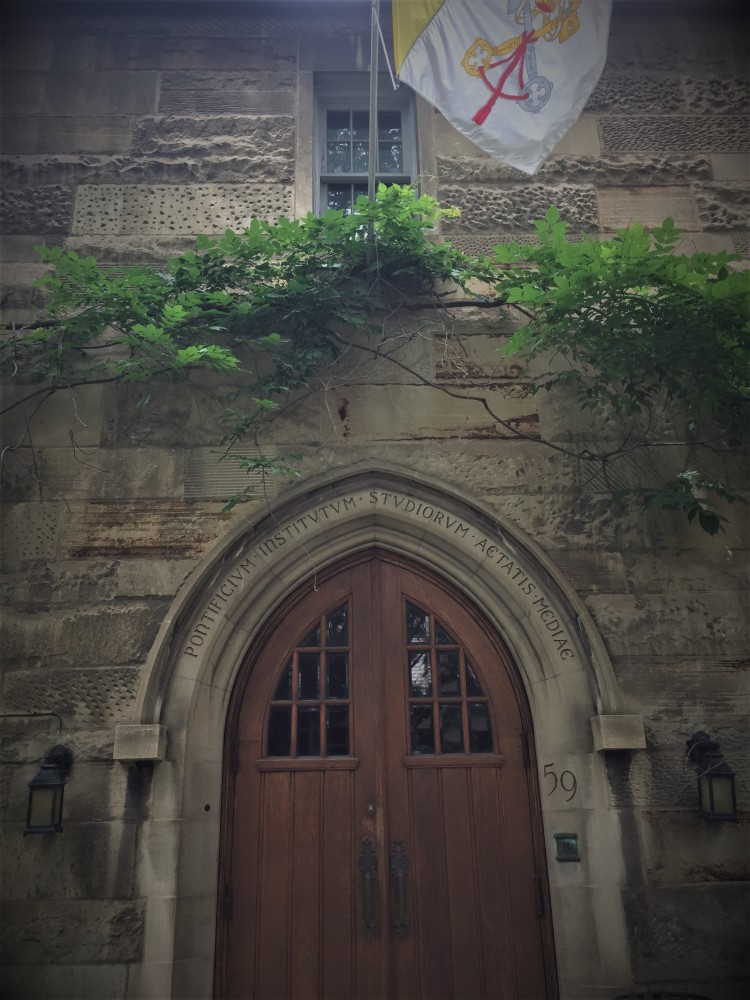 I’m very excited to start my work at PIMS alongside my fellow Mellon, er, fellows: Andrew Dunning, Anna Peterson, and Simona Vucu. Plus I’ve got one of the easiest office moves possible–two blocks due south. (The hardest part so far has been learning a new postal code.) Another bonus of working for the Pope is that PIMS is located next to my favourite  tree in Toronto.